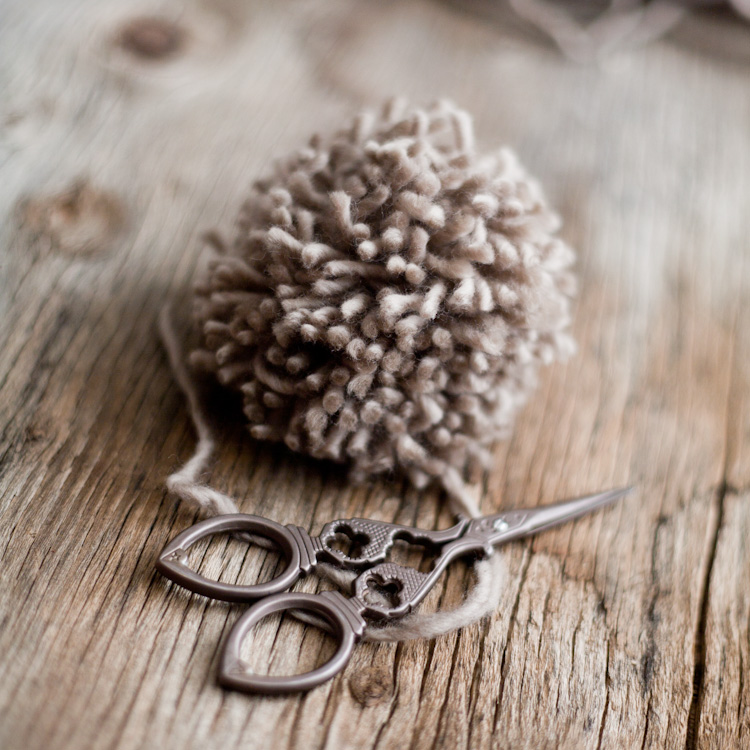 For my latest pattern (Reversible Smocking Hat), and for many of my Christmas gifts I had to make a pom poms. I actually have not made pom poms enough before to decide on a way to make them. There are several different methods. Here is what I tried first.

This tutorial is great but I don’t prefer this way, mostly because I get bored threading the yarn through the center of the cardboard ring.

You can purchase a pom pom maker like this one sold on amazon.com:

Here is how I do it. I prefer making pom poms this way because it requires nothing more than your yarn and a pair of scissors. The work comes mostly in the shaping of the pom pom. 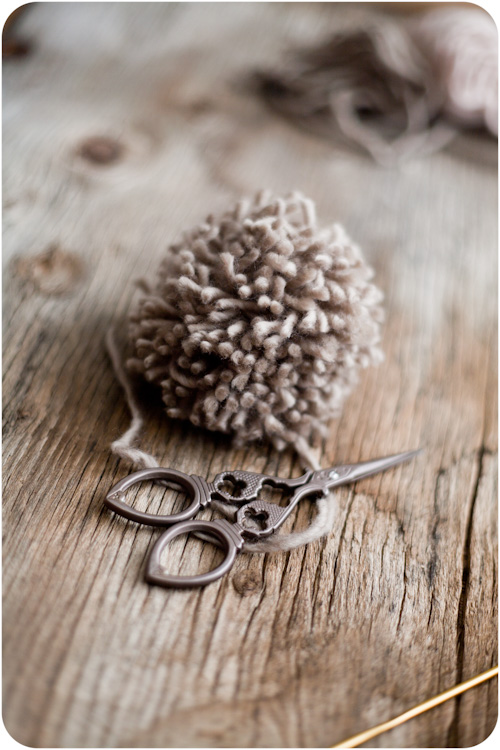 If you like the scissors used in this post you can find out more about them HERE.

You will need 6-12gm or so of yarn depending on how thick and large you want your pom pom to be. 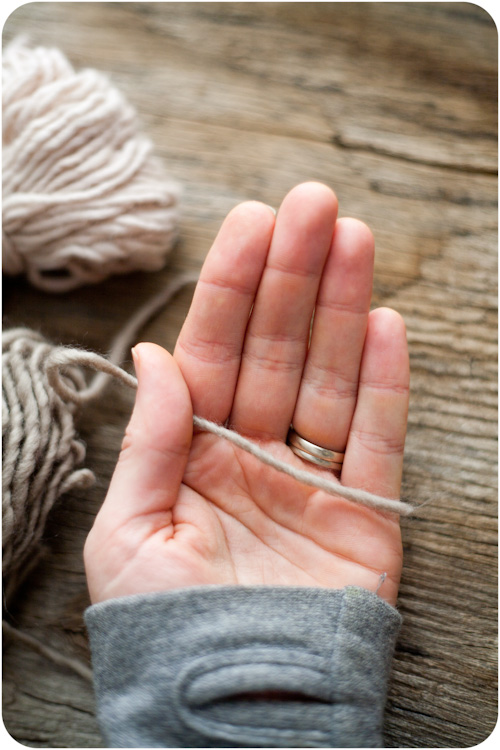 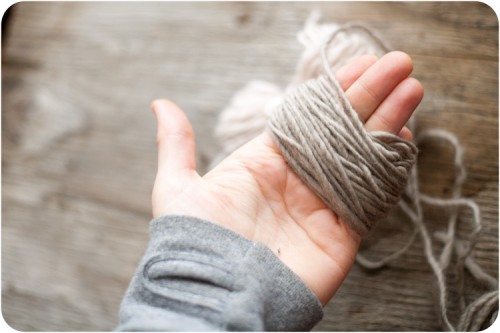 Wrap the yarn around your hand until it is thick and around the mass you want your pom pom to be. This is trial by error really. I usually try to wrap as much yarn as possible around my hand so that my pom pom is really thick. 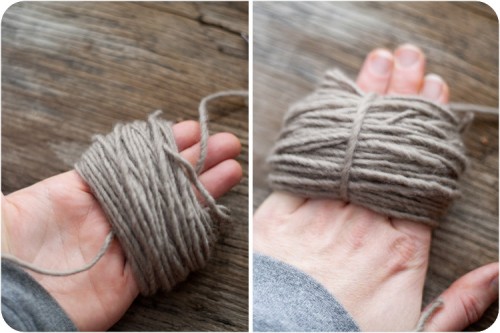 Wrap a piece of yarn around the entire bunch of yarn. I usually wrap it twice around to make it extra secure. I usually like to have a tail of 5 inches or so on each side of the knot. I use these two strands to secure the pom to the hat or whatever else I might be embellishing. 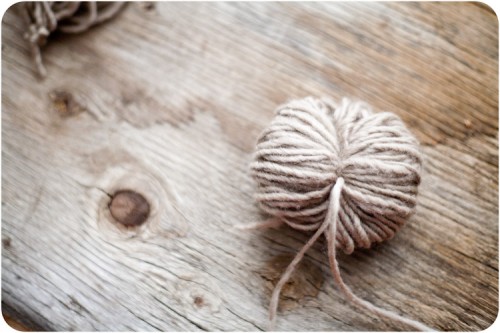 Using scissors cut the loops on either side in as close to the center as you can. 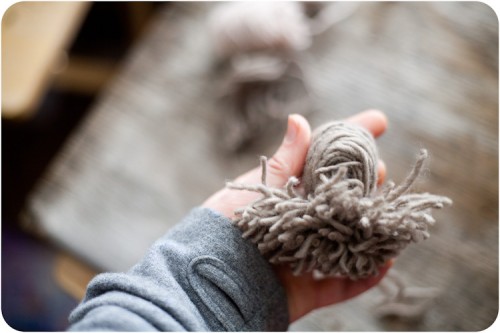 Then cut the other side in the same way. Usually after this step my pom pom looks like a porcupine with a bad hair cut.

Using scissors trim the longer pieces of yarn until your pom pom looks even. Shaping the pom pom is an important part of making the pom pom this way. 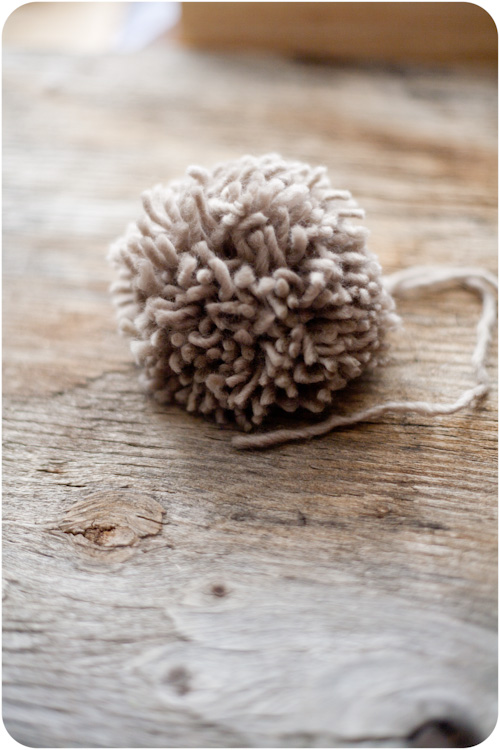 You can also make smaller pom poms using this method. I made on using only three fingers instead of four so there was an example of the size difference. 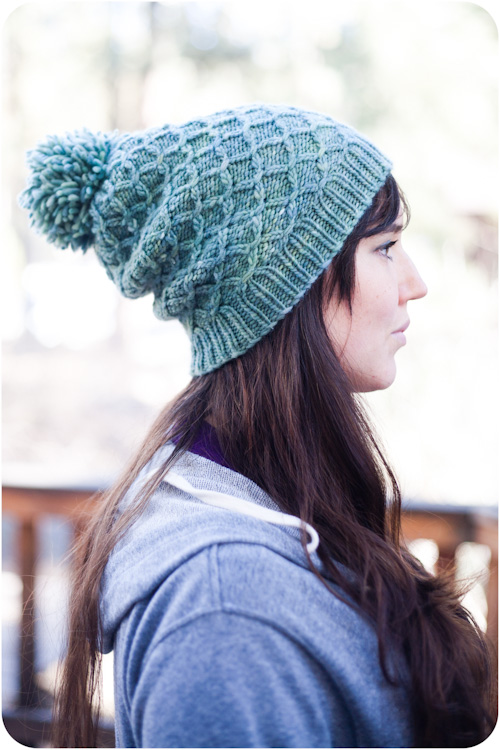 Available for purchase in my Etsy Shop and Ravelry Pattern Store. 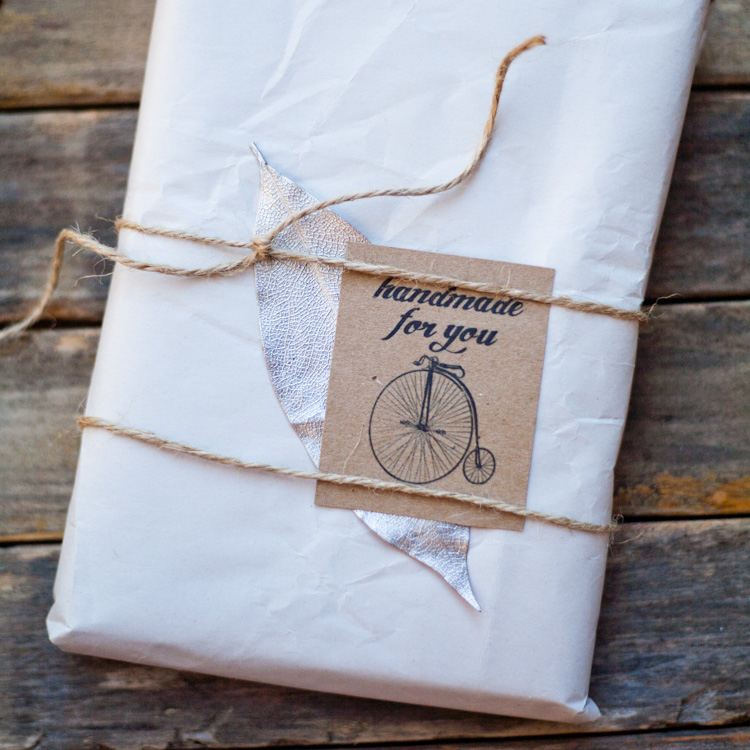 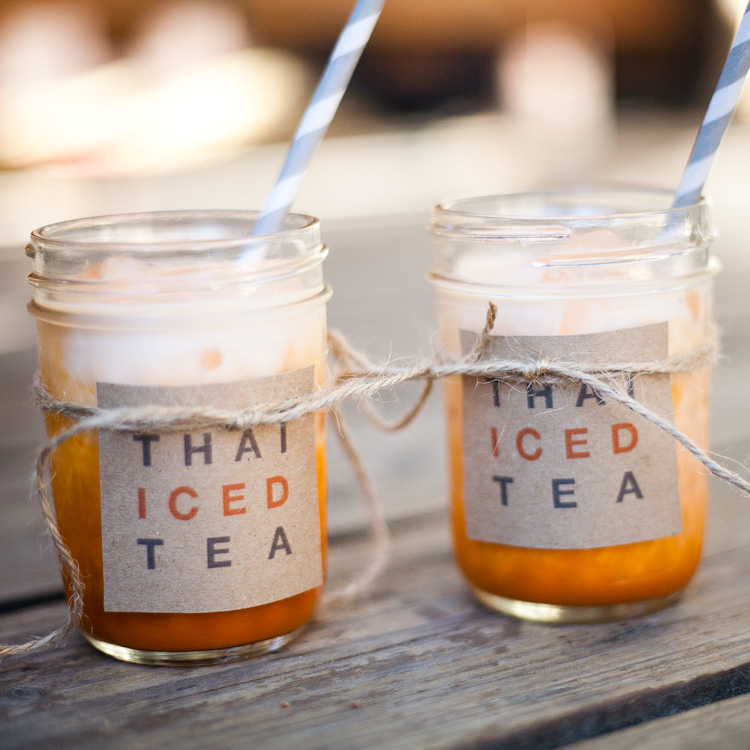 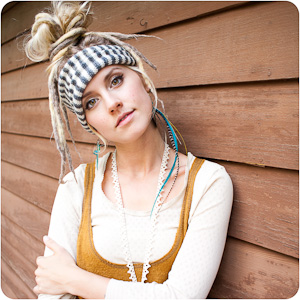 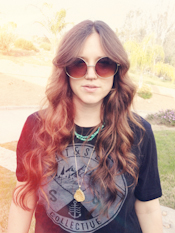 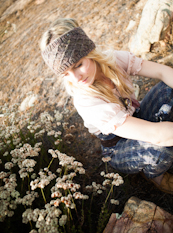 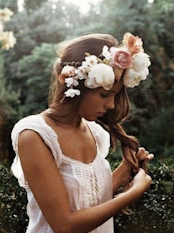